Do I Have To Refrigerate Corn On The Cob?

Like pumpkin pie should be refrigerated, raw corn on the cob has to be refrigerated. In short, the colder corn is, the longer you can keep that sweet fresh flavor of your corn intact.

However, you cannot throw corn in the cob in the fridge. Do not rinse the corn. Leave the corn in their husks.

You can remove the majority of the husks, but you must leave 1-2 layers of husk. This will also help you maximize space as the corn will not take up to much space.

Moisture on the surface of the corn can cause mold to grow on your corn.

Can I Shuck Corn In Advance?

It’s best to avoid shucking corn before you intend to cook it. If you must shuck your corn in advance, do not leave it sitting out at room temperature.

In addition to this, cover your corn before you place it into the fridge. Leaving corn exposed in your fridge, especially without the husks, will cause it to spoil faster.

How To Freeze Corn on the Cob

The blanching process involves submerging foods such as corn in submerging food in water for small amounts of time. Next, the food is dunked in ice water to stop cooking.

To blanch corn, heat a pot of salted water or medium-high heat until it is boiling. Add the corn on the cob to the boiling water and cook it for 4 minutes.

Dip the corn in ice water for 4 minutes, then place it on a wire rack set on top of a baking sheet.

Carefully slice the kernels off the corn on the cob and place them into a freezer-safe bag.

Press as much of the air from the corn as you can and store them in the freezer.

How To Freeze Unshucked Corn

If you do not have time to shuck your corn or do not want to remove the husk, you can freeze them as they are. Simply cut 1-inch off each end of the corn.

When freezing unshucked corn, the worst thing you can do is leave all the husks intact. Take the first layer of husk off of each ear of corn.

Place the corn into freezer-safe zip lock bags and remove all of the air from the corn.

Seal the corn on the cob, then label it with today’s date and place it in the freezer.

Unshucked corn on the cob will last for 2-3 months. Once you are craving corn on the cob, simply place it into the fridge and allow it to thaw overnight. 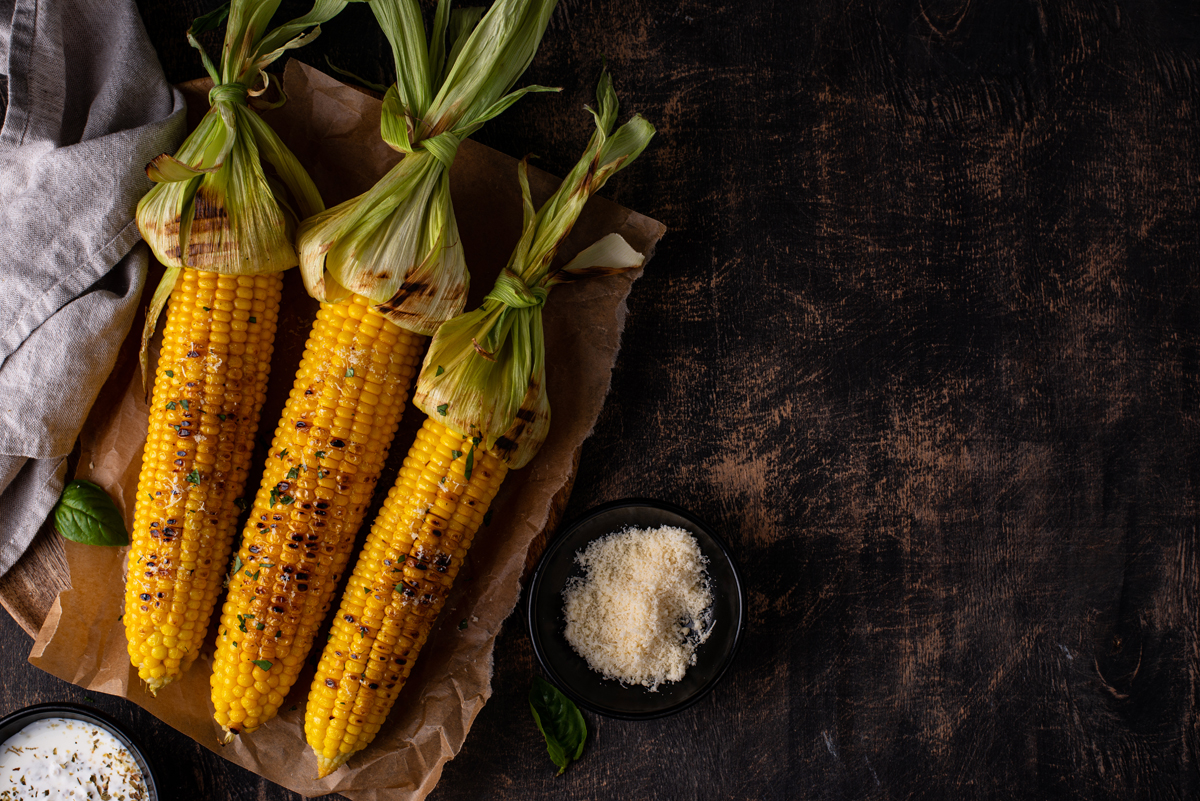 How Long Does Corn Last In The Fridge?

If you’ve eaten your fair share of corn on the cob, then you know it will spoil eventually. But the exact timeline of how long corn lasts in the fridge depends on whether it is raw or cooked corn on the cob.

How Long Does Raw Corn On The Cob Last?

Raw corn on the cob will last for 1-3 days when stored properly in the fridge.

But if you have already stripped the corn of its husks, you can wrap each ear with plastic wrap or foil.

The foil or plastic wrap will act as a makeshift husk and help the corn last just as long as if the actual husks were still attached to the corn.

How Long Does Cooked Corn On The Cob Last?

If you’ve got leftover corn in the cob, you can store it in the refrigerator instead of throwing it out.

Cooked corn on the cob has a life span of 4-5 days when stored in the fridge.

To store cooked corn in the cob in the fridge, place it into an airtight bag or wrap each ear tightly with plastic wrap. Alternatively, you can also remove the kernels from the cob to make sure the corn lasts longer.

How To Tell If Corn On The Cob Is Bad?

Keeping your corn at inadequate temperatures can speed up the spoilage process. The best temperature to store corn at is 35°F.

Nevertheless, it is easy to tell if corn on the cob is bad.

Spoiled corn on the cob has a moldy, sludgy appearance. Do not consume corn that does not look like it did when you first cooked or bought it.

If there is a rancid odor coming from the corn, it’s a guarantee that it is spoiled.

What’s not to love about buttery, sweet corn? After all, corn on the cob is a delicious crowd-pleasing vegetable.

How Long Does Pork Last In The Fridge