No barbeque party is complete unless there’s a big bowl of delicious coleslaw sitting on the food table. This bbq coleslaw recipe will definitely become one of you and your family’s must-have barbecue dishes.

Where Did Coleslaw Originate?

We can all be grateful to the Dutch for gifting us with coleslaw.

Even though the historical record shows us that contemporary coleslaw ingredients were used in the days of the Roman empire, mayonnaise was not created until the mid 18th century.

Scientists speculate that coleslaw landed on American shores in the 1700s along with Dutch immigrants. Coleslaw is comes from the Dutch word koolsla. Kool translates to cabbage, and sla is the contraction form of the phrase salade.

Dutch immigrants founded the great state of New York and made coleslaw from cabbages that grew around the border of the Hudson River.

From there coleslaw rose to fame during the beginning of the 1900s. This was due to the invention of mayonnaise in a jar, and it is still a popular bbq staple today.

What is Red Slaw?

Red slaw, commonly called barbecue slaw, is a side dish made bbq sauce. It is usually an accompaniment to hot dogs, on pulled pork sandwiches, smoked chicken, ribs, hamburgers, and so much more.

How Is BBQ Coleslaw Different From Traditional Coleslaw

Red slaw is different from traditional coleslaw because it excludes mayonnaise as an ingredient. The most significant advantage of using red coleslaw instead of white coleslaw is it allows the coleslaw to be stored outside of the fridge for a longer time.

Typical ingredients of bbq coleslaw include green cabbage, white or apple cider vinegar, water, and ketchup, which gives the coleslaw its unique red color. Red slaw is a central part of Lexington barbecue, and it has made waves in the southeastern region of the US.

These states of the US call mayonnaise-based coleslaw white slaw to distinguish it from bbq coleslaw.

How to Make BBQ Coleslaw

This coleslaw takes less than 20 minutes to prepare. It is the perfect side dish to add to your bbq party menu. All you need to make this bbq coleslaw is a bag of coleslaw mix and a few simple ingredients to make the dressing.

Cook it until the brown sugar melts and let it cool to room temperature. Pour the bbq dressing over the coleslaw mix, toss to combine, and chill it for a couple of hours. 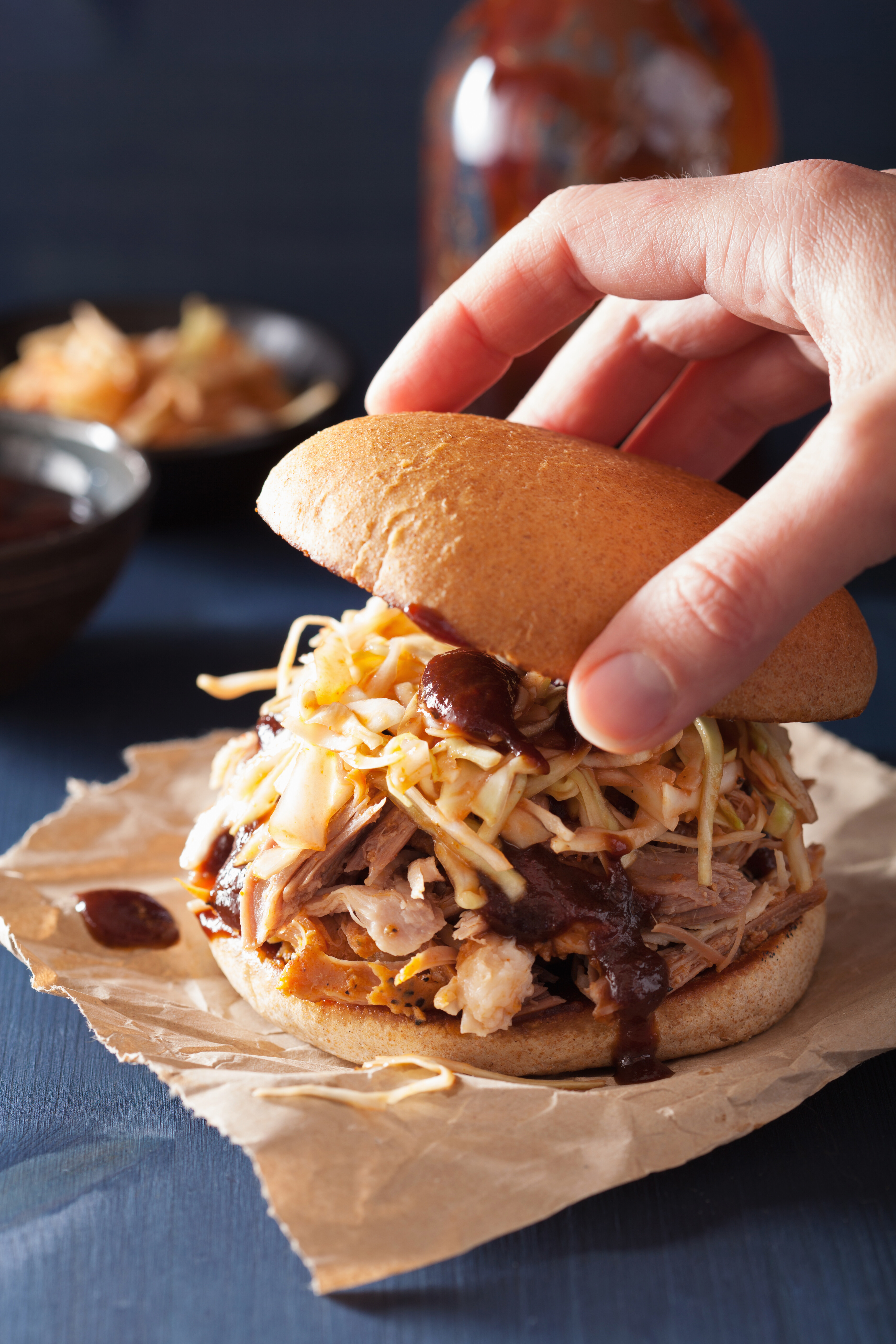 This is the best coleslaw recipe I’ve found online. My husband and I love it so much!!

The 10 Best BBQ in Knoxville

[…] BBQ sauce. The BBQ is not drenched in sauce and is not dry either. It tastes just perfect. The coleslaw and little onion fried rings are great with BBQ. The potato salad, pickles, and beans are also […]